Hello, Jack – please tell us a little about yourself …

OK, the first thing about me is, I can’t write (with a pen or pencil that is). Despite this, I can type really well. The only reason I can think of for this is bad schooling (maybe because I didn’t go that much). I tend to write as I talk, which means all commas and no full-stops and my girl edits my scrawl into the final text to make it readable.
I’m a 55 year-old (though look incredibly like a twenty five year old Brad Pitt – honest) Yorkshireman and live with my girl Xicota (pronounced Chik-ota) between The Caribbean and Europe. That probably makes me sound very rich, but nothing could be further from the truth. I have a very low-maintenance girlfriend and no kids. Home in The Caribbean is a $10,000 sailboat, which is always leaking, and the apartment in Europe is the smallest thing you’ll ever see.
I used to consider myself a bit of a Jack of all trades, until I discovered contraband. I found that smuggling was something I was really good at, tobacco and alcohol (by the shipping container) being the most fun.
Having said that, I have been good (not done anything illegal) for the past nine years. I suppose I missed the work and that, I think, is where my stories come from – the people I met and worked with in this specialized underground job.
Better not say any more I think. Yup, we’ll leave it there.

Boredom really. Xicota had loads of work (Excel spreadsheets) at a time when I had none, so I just started typing and stories began forming.
However, since The Killer was finished, I find that now I love writing and have several more story lines on the go including several follow ups.

Four, but I’ve only sent one, The Killer, to publishers so far. I really fancy turning this book into a trilogy. The second part, The Killer II, is almost finished.

Briefly, give us the lowdown on what they’re about, including genre and  titles.

OK, there’s – Delinquent – it’s a bit of a hooligan story, a violent tale but with a little humour mixed in too. I suppose it’s a similar style to The Killer

Escaping England – this really is an incredible life journey made by two people I met in the Bahamas. They are an ordinary working class couple who happen to live in some very nice places. Their own words written by me

Meet Malcolm (he’s a bit of a train spotter) – this story is still only at the outline stage, though I do have the entire book in my head (floating around somewhere) Very, very violent and disturbing serial killer tale.
Not funny and quite scary, especially when you consider the fact that people like Malcolm do exist, maybe next door to you

www.yellowbay.co.uk Max (the boss) is brilliant to work with. Anyone reading this who’s looking for a publisher for “edgy” material should look no further

The Killer is available in both paperback and ebook formats at
http://www.yellowbay.co.uk/the-killer
http://www.amazon.co.uk/The-Killer-Jack-Elgos/dp/1908530391/ref=tmm_pap_title_0

And my page is
http://www.jack-elgos.com/

Smirnoff vodka (along with a pack or two of cigarettes)

Have to admit, I prefer to hold an actual book but, I’m a realist. Ebooks are the future, no doubt

Any of Wilbur Smith’s African books

Same answer as the “Planet” and “Laws of Physics” question below

No, in fact I didn’t attend school that much either,

It’s OK, why not? I was lucky and didn’t have to take this route.

I have two, Nassau and Andorra, both are really relaxed chilled out places

Piece (s) of the world definitely.

Do you use social networking such as Facebook and/or Twitter, and if so, how
do you find it?

No, I have tried both, and though most people rave about them to be honest I can’t see why

I don’t, Max, my publisher, does it all and he’s very good at it too

One word would be Lucky, but I think High-mileage-and-worn-out would maybe suit better (I used middle things, which Xicota tells me are called hyphens, so does that count as one word?)

Lots more stories similar to The Killer; the type of stories that seem to scare off the main-stream publishers.

Neither. Proud to say that for classic music I’m a Stones man all the way, but for more modern music I’d have to go with Adam Lambert and Chris Daughtry

If you were stranded on a desert island, and needed to burn books for
kindling in order to survive, which of these would go into the flames
first – The Bible, Catcher in the Rye or War and Peace?

None really. I live on a desert Island for six months of the year, so I’d take any three Wilbur Smith books – and only burn coconut husks whilst enjoying the Wilbur books

Thank you, Jack, for your your Interview responses!

5 thoughts on “Interview with Jack Elgos” 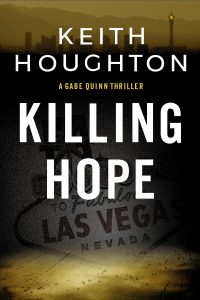 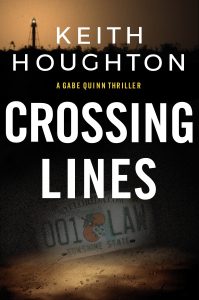 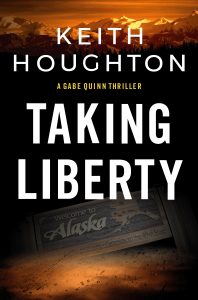 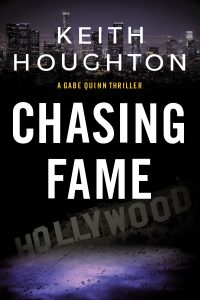