Interview with Joseph A Greenleaf

Hello, Joe – please tell us a little about yourself …

I am Joseph Greenleaf, late of Co Donegal, Ireland and Omaha, USA. I am a retired 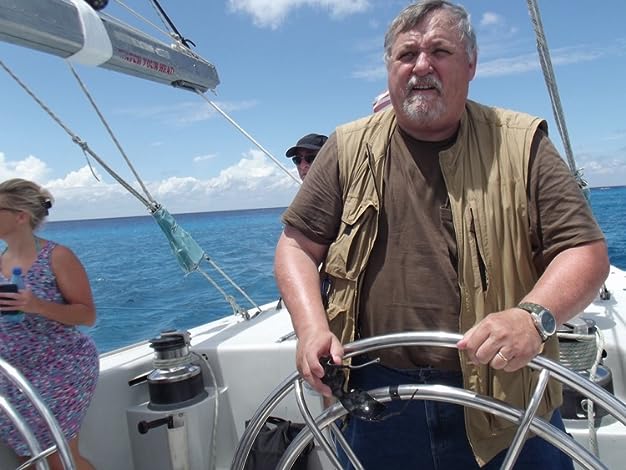 American Master Lawyer. I have worked as a prosecuting attorney and, before that, was a police officer in America. I’m a former sailor and military officer.

What or who inspired you to write?

I have always been a voracious reader. When I was a teenager, I used to go to the library and found the book I was looking for. By design, I also took out the books on either side of the one I came for. This allowed me to read books that I may never have chosen otherwise. Sometimes, the “side” books were better than the one I came for!

1 I edited, 1 novel published, 2 sequels to be published in 2014, and my newest book, to be published as well as a book of photographs with accompanying text and a book about model releases.

Briefly, give us the low-down on what they’re about, including genre and
titles.

My first book was Donegal Fairy Stories, by Seumas MacManus, that I edited. I’ve done a book of fairy photographs called, Real Irish Fairies of Donegal, and my first novel was Sudden Light, a book covered 400 years of Irish and world history, of reincarnation and time-travel. 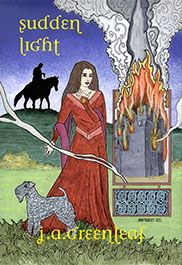 It begins in Ireland at Donegal Castle in the late 1500s. Uilliam and Maire are a young married couple and die in a fire when the castle is attacked. In 1666, she is in London at the time of the Great Fire. She meets the English lord who is the reincarnation of Uilliam. They meet, and touch, and she remembers all past lives and he remembers nothing. Over the centuries, they are different people: sometimes one is old, the other young, often of different races and backgrounds. Borneo, the French Revolution, the American Wild West, around the Horn in a Clipper Ship, the First World War and other eras. In the present day, she is a powerful Ame

rican lawyer and he is an ex-convict who is charged with murder and sentenced to life in prison. She touches him and realizes it is Uilliam. She must decide to forfeit her career, fortune and even her freedom to try to free him or, perhaps, wait until another reincarnation. Two sequels to Sudden Light, Rising Light and Shining Light will be published in 2014. I have just completed the first of a series of legal crime thrillers, XYY: The Dead of Winter. A man is charged with raping and murder four young women. Grettu, a recent law graduate, freshly admitted to the Bar, drives a school bus mornings and afternoons in Houghton, Michigan. She’s the only lawyer in the courthouse and is chosen to represent Andy, the defendant.

I have all of these stories in my head. I have, at last count, fourteen books in some stage of writing. I write because there is this compulsion to tell the story, unmotivated by

commercial greed or avarice. If the books are enjoyed, that’s fine. If they sell, that’s a bonus.

I used to read Tom Swift books as a boy, such as Tom Swift and His Electric Submarine and the like. I was given a book called, Beautiful Joe, about a dog with cropped ears, when I was young and enjoyed it very much. As a young man, I read a book called, The Mystery of Mont Ste-Michel, which was about secret passages and hidden rooms, and it set me off on a voyage of discovery.

You write historical fiction. What made you choose this genre?

I like to go to the places depicted in the book, as I have with Sudden Light. I can, thus, weave actual facts into the stories without sounding like I have a computer with two monitors and Word on one and Wikipedia on the other.

I greatly love Cornish pasties, with great dollops of ketchup!

E-publishing is great. I spoke with Alex Kava, who is a very successful author, having sold millions of books. She said she went months and months went by, with big book sales, and never got any money because the publisher held back money for “returns.” No returns on e-books! A recent story was in the Dublin papers about a young man who got a big advance for three books, but they won’t be published for two years! I can write a book today and e-publish it later this evening…

The Charm School by Nelson DeMille

Do you draw from personal experience when writing, such as situations and
settings, with characters based on people you know?

At my age, and background, I have a cornucopia of experience to draw upon and I am constantly watching everyone and cataloging people and places, any one, or more, of which could end up in a book.

A mythical animal: a centaur. What could be better? Be a man, but have the speed and strength of a horse!

I feel at home in Co Donegal, Ireland. The land of my ancestors, the O’Donnells. Fresh, sea, air, quietude, and the fastness of my house at the top of Ireland.

Your book is based in Ireland. What made you choose this location?

My house is the northernmost place in Ireland. This part of the world reeks with history and you kick up the dust of the past with every footstep.

If you could sit down with any historical person and have a chat, who would it be, and why?

I admire the paintings and art of Jack B. Yeats. He lived a good, long, life, from the 1870s to the 1950s. I’d talk about him, art, Ireland, horses and all that he experienced.

Do you use social networking such as Facebook and/or Twitter, and if so, how
do you find it and can we have your details?

I do, but not very well. I can see how it can be all-consuming and try to have a life.

If you won the lottery what would be the first thing you’d buy?

Various websites, book fairs, book readings, none of which I do well or with much spirit. I’d rather be writing than talking.

Historical fiction must be demanding on research. How do you make sureall of your facts are accurate?

I actually go to the places I write about, and know how steep a particular hill is, and whether one must stoop to enter the castle. A lifelong reader, I have read about these places as well.

I wouldn’t be the big lad I am now. I’d be able to swing up onto that black Fresian horse with one hand.

If others could sum you up in one word, what would that be?

XYY has been read by my mentor in a Masters of Fine Arts in Fiction writing I am currently undertaking, and she has been reading it as it is written. She’s Managing Editor of an American publishing house and she says she loves it and thinks it is “commercial fiction” and “will be published.” High praise. I blush. I have a sequel planned, called, The Glass Cart, and many more books: miles to go before I sleep.

Lennon was an interesting soul. I’m not a big fan of Yoko Ono, but he followed his heart and my hat went off to him. I was sorry to see the light go out so soon.

I always greatly admired my father, also Joseph Greenleaf, and he made me the man I am today.

If you were stranded on a desert island, and needed to burn books for
kindling in order to survive, which of these would go into the flames
first – The Bible, Catcher in the Rye, the Complete Shakespeare or War and
Peace?

One would hope that the Bible is within us all, so, if that’s true, up in smoke, as we have it as part of us all.

Thank you, Joe, for your your Interview responses!

Please support our Authors by checking out her work.